Duval Street is always busy, more so when cruise ships are in, which is almost every day…I think this year there was only one day out of seven without a ship…that makes for lots of people scurrying around trying to see everything in a few hours…below is Duval Street facing north, not terribly busy when I took this…the second one is facing south…

anyone who has been to Key West knows there are chickens &amp; roosters everywhere…not usually on Duval Street as it is too busy but, on most side streets you will find them…I think the fellow below is a resident of Truman Annex…he isn’t as colourful or shiny as some I’ve seen, but attractive just the same…not the friendliest fellow though…he let me take a few photos, never looking at me…then decided that was enough and let me know… 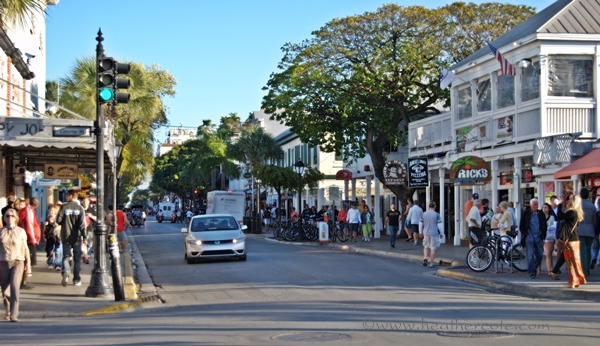 This entry was posted on March 30, 2013 by hjcote11. It was filed under key west and was tagged with Duval Street, Heather Cote Photography, key west, nature, rooster.