Our condo in Marco Island faced west, so of course I saw my share of sunsets…I do have to say the most beautiful sunsets were when there was some interesting cloud formations!   The Gulf of Mexico sky does seem to offer strikingly beautiful clouds! 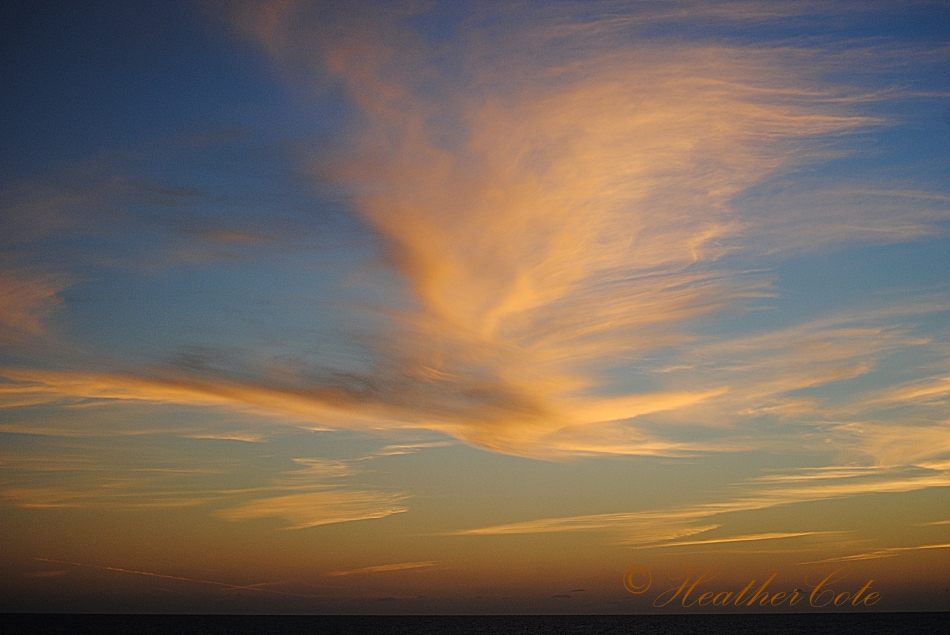 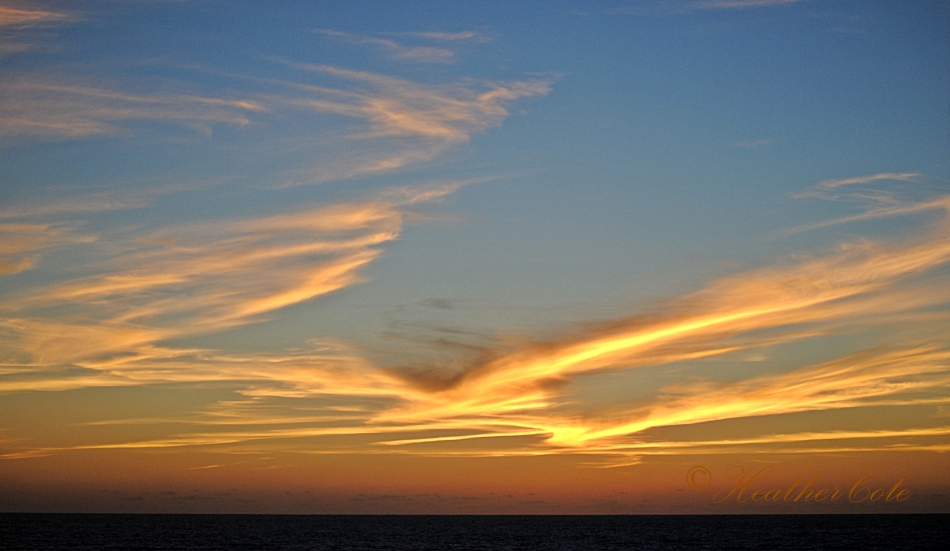 On the beach, Marco Island…not sure but I think these are Willets?   If anyone thinks differently let me know…

We got up to a snowy day on Saturday…wasn’t supposed to be but “surprise”!   It was snowing and blowing on and off all day.

Did I mention it was darn cold a well?  This street is one over from Lake Nipissing…couldn’t get to the public access anymore as the snowbanks are too high!

This coming week is supposed to get colder again!   Both these photos are color but with the blowing snow they almost look B & W.

the first couple of days it was windy…one of those days we saw a few fellows out catching a few waves…this fellow did well, I managed to capture one attempt.

I don’t know anything about surfing but I wouldn’t have thought the waves large enough for a descent ride?

He seemed to enjoy himself and make the best of it managing a few rides!

All be it short rides…

this vacation was much different from what I’ve done for the past eight or so years…I’ve not stayed at the ocean for two weeks, nor in a anything higher than the first floor, for that long…we generally rent a condo in Key West in a  complex which is only two stories, and always choose the ground floor.   Last year in Marco we rented a house, so being on the 5th floor was different…it was so awesome to sit on the deck and look around, watch the people, the water and the sky.   So much to see from one view point.   I do have to say I’m not a fan of highrises…but that was the only option if we wanted to be on the beach…

this is looking right/north off the balcony, it looks like a short walk, but in reality it is much longer than it appears…

this was our first day, a bit cooler for some, around 18c I think, but for us it was fabulous

this is looking left/south of our balcony…the beach ends there as  a rock formation which would make it difficult to walk on. 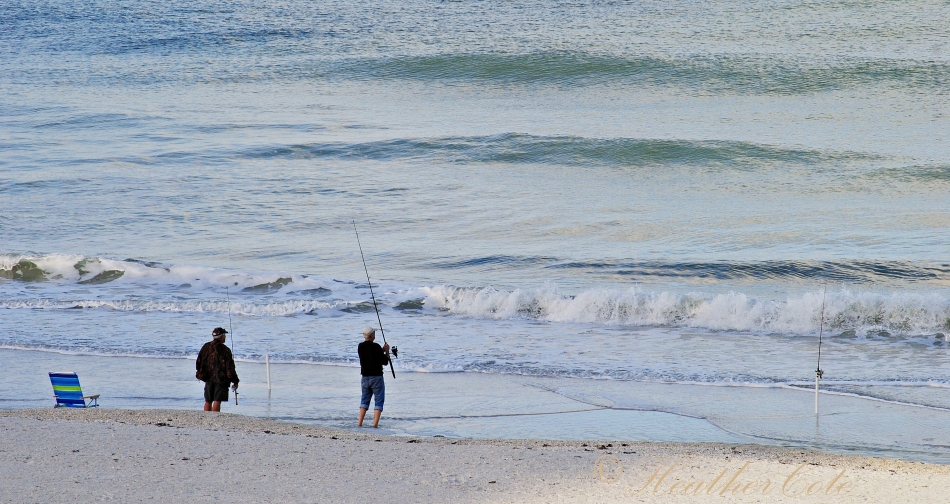 From my balcony I watched a man fishing, he stopped by a few times, never saw him catch anything but I’m sure he enjoyed himself…it really wasn’t the gentleman that caught my eye but these two fellows…his fishin buddies! These two weren’t concerned about people walking by, I’m sure they were just hoping the man would leave something…the man completely ignored them, I’m sure he was used to them hanging around. 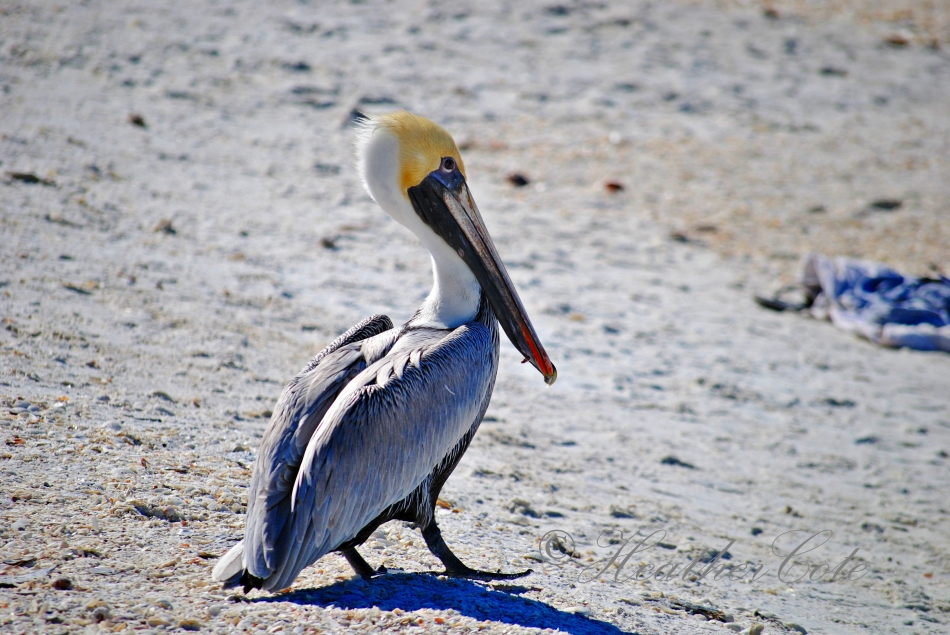 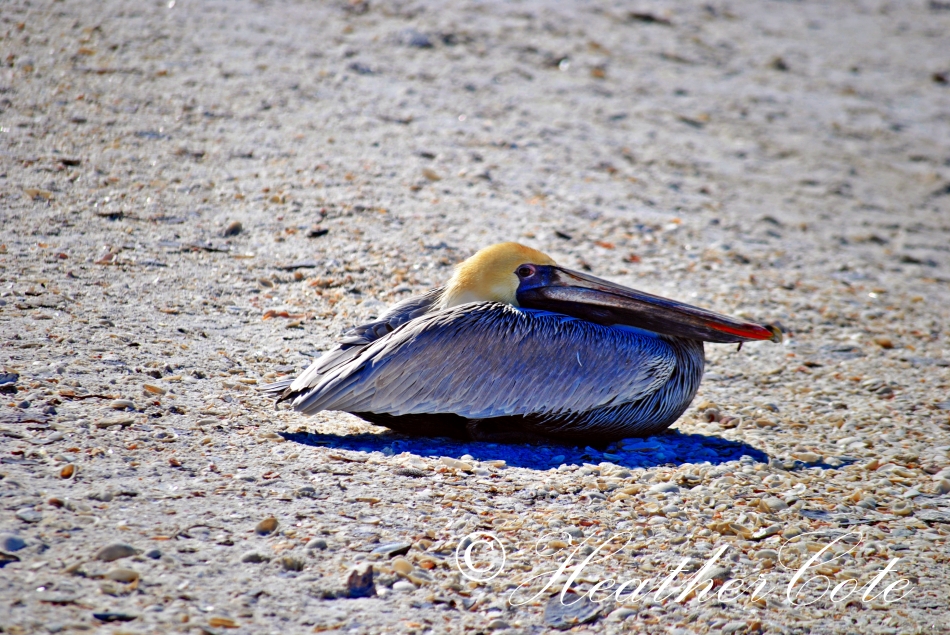 Boring name I know, but I don’t really have a way with words!   I had a difficult time while away trying to capture the sunsets…our condo faced west so I saw one most evenings, but was rarely happy with the photos.   Not sure why, someone said I should have used a tripod and a longer exposure and I’m sure he was correct, I honestly don’t know enough about my camera, at this point, I’m enjoying taking photos but not yet feeling like I want to jump head first  into the workings of the camera.   I couldn’t bring my tripod on the plane, too much to carry…I was with my daughter  so I wasn’t about to take the time to begin reading to find out what to do!

These are the same photos of course…but the colors in the colored are not accurate!  I’m showing one B & W along with its color counterpart simply because even though the color isn’t accurate I like the photo!!!

As you may know I was away for a couple of weeks, we were most fortunate to have missed the two coldest weeks so far this winter!!!   Didn’t take my laptop so I couldn’t keep up with  posting and visiting.   This year my daughter and I went to Marco Island.  I stayed there for a week last year in a house and enjoyed it so thought I’d try it again.   This time we decided to go for a condo on South Marco Beach, with a west exposure.   As a result the majority of my photos will be from that area…of course we went out,  but for the most part when we did I forgot my camera, as we were going shopping, to the Market or to eat!   If you’ve never been, the beach itself is a beauty, fairly wide, with most of the surface compact broken shells with some fine sand mixed in,  the waters edge is small shells, some live some not.  I enjoyed myself watching theses fellows moving along across the shells.   Shoes are required when walking along the beach unless you are right at the waters edge…