this photo was taken as we turn off the highway, heading towards home…the sunset was pretty, but if you know me you will know it was the clouds that caught my eye!!!

Yesterday, my son, daughter-in-law and my beautiful granddaughter took a short road trip south to Barrie…it is about 2.5 hrs away…always a nice drive but I realized there isn’t as many interesting things for me to take photos of…unless we stop that is and we don’t have time for that.   Someday I’m going to have to make a point of driving just to stop and take photos.     I don’t know the name of this body of water, but thought it deserved a photo.

the growing season in my area is behind due to cold wet weather…but the produce is finally beginning to arrive at the North Bay Farmers’ Market.  These shots are from both the Saturday and Wednesday Markets last week.  Raspberries, snow peas, peppers,  cherry tomatoes, cucumbers and red and blue potatoes.

So happy to see the raspberries, they are my favorite… 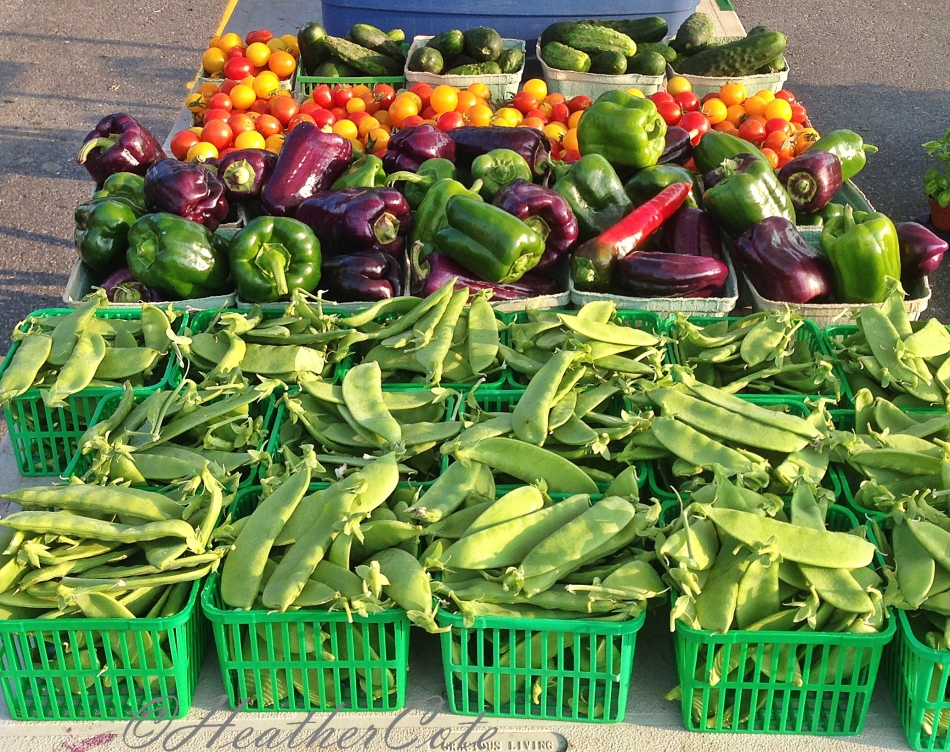 here are the blue and red potatoes one of our vendor grows, apparently they are high in anti oxidants…and delicious in a potato salad!

On Saturday June 28th the local FLK Taoist Tai Chi Society, held a Dragon Parade, celebrating 35 years of Taoist Tai Chi activities!   The parade ended at Civic Square beside the North Bay Farmers’ Market…when they arrived the Market walk way was too busy for them to parade through but after a bit of Tai Chi demonstration they were able to take the beautiful Dragon through…as they paraded it through the busker/entertainer for the day sang “Puff the Magic Dragon”…anyone old enough to remember that song???

a close up of the beautiful Dragon face 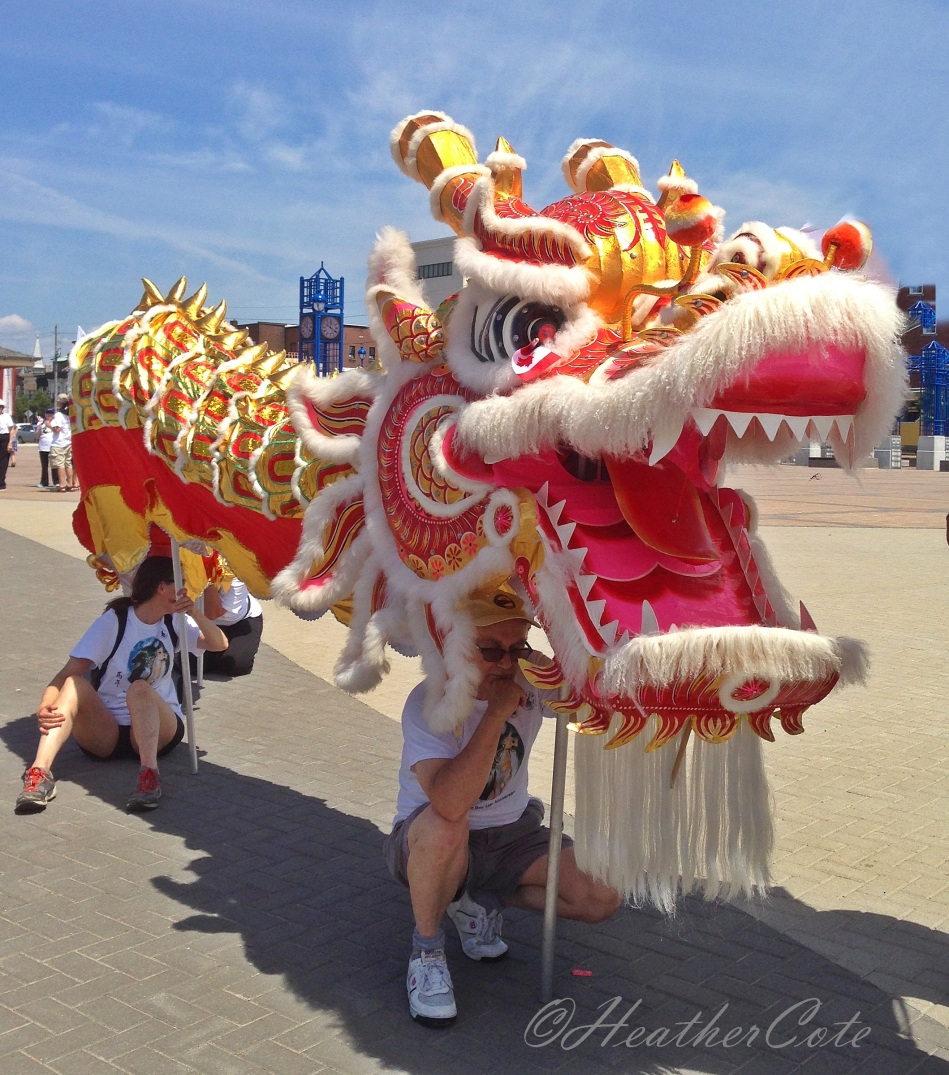 smaller Dragon…part of the parade 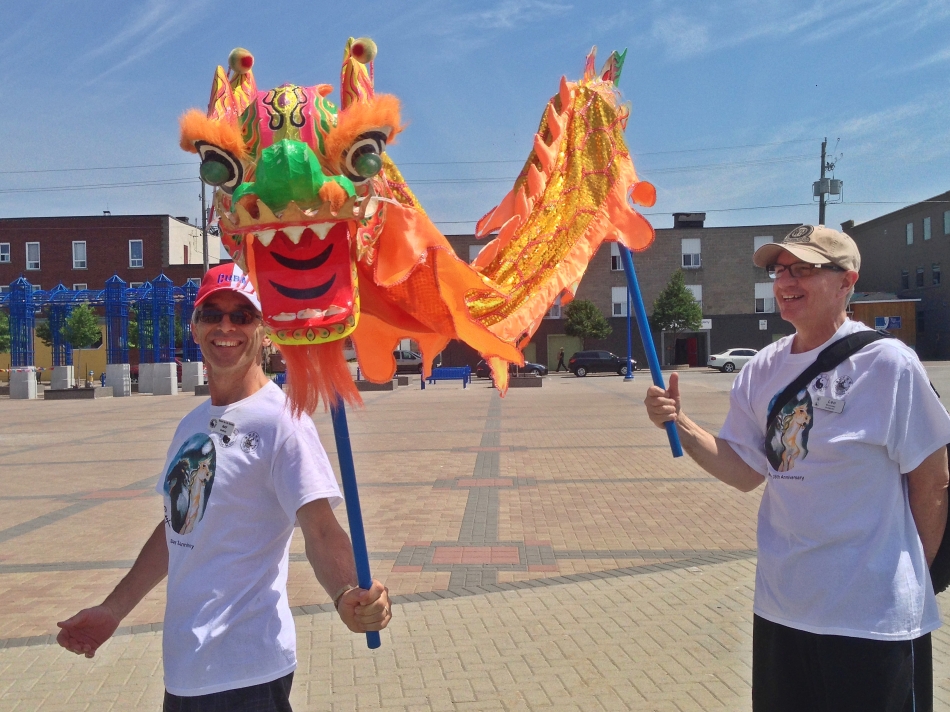 this was yesterday around 6:00pm as I was leaving the Market…looked intense, but didn’t really amount to much other than a light rain!  Taken with my iPhone 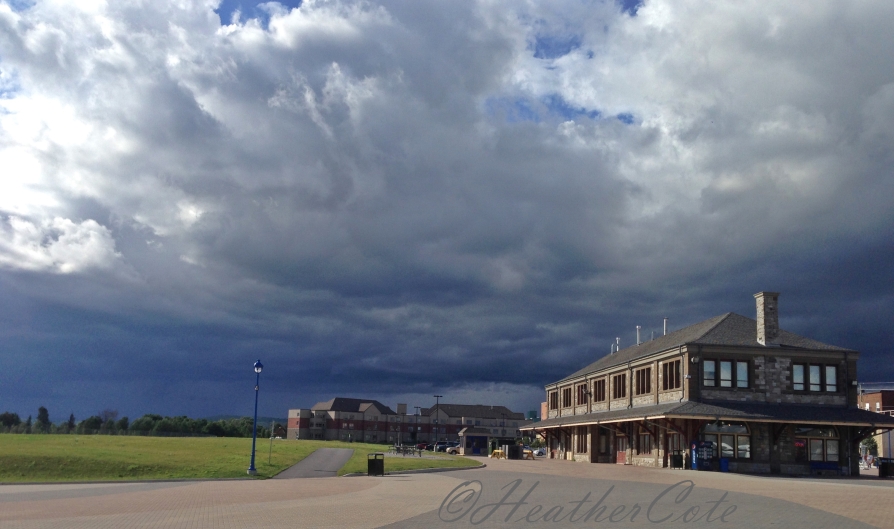 I’ve taken a liking to “wild flowers’…those that are planted to appear to have no pattern but actually were planted with care to produce such an appearance! 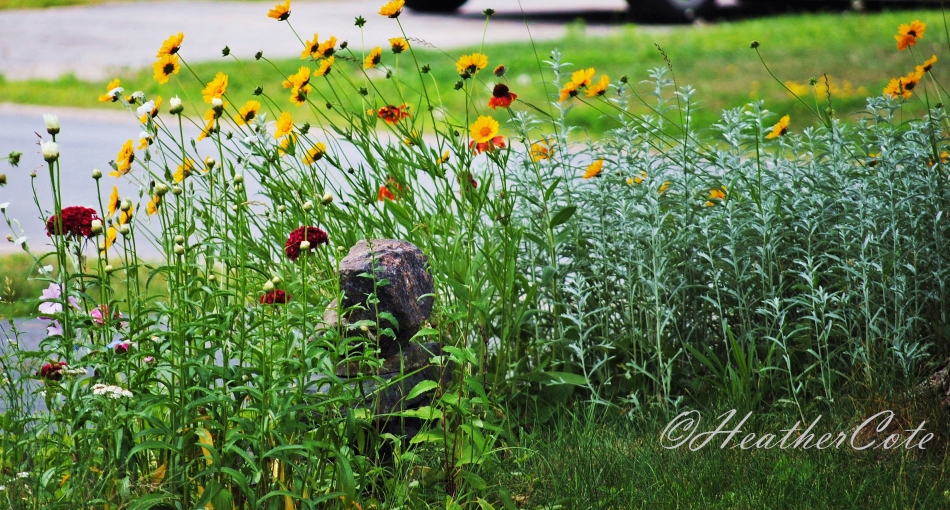 Monday was a hot, humid, hazy day, which you can see in the distance of the  photo…but as I drove past the waterfront I decided to stop…saw this…perfect spot to sit, relax, and read a book! 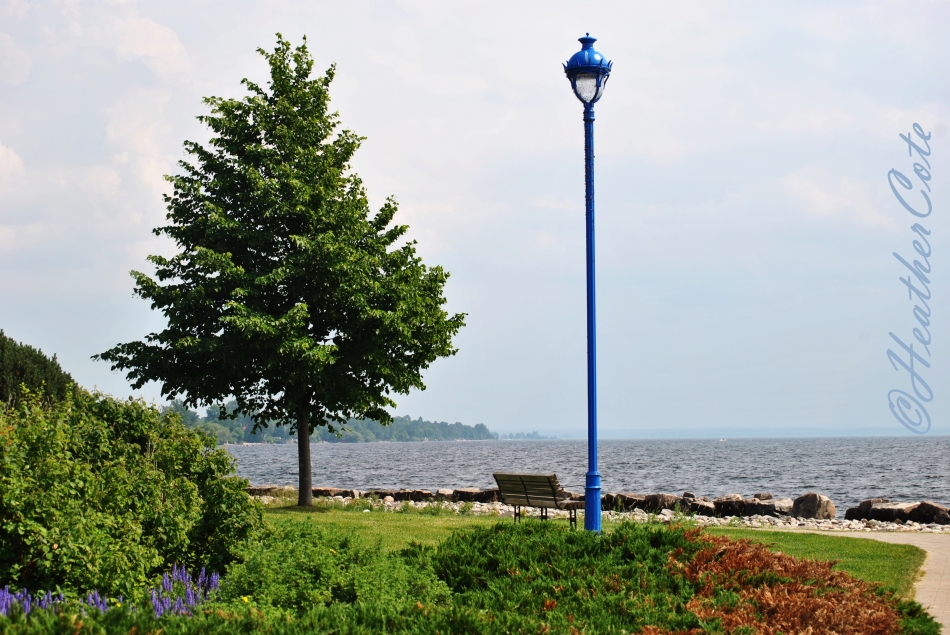 The Heritage Carousel, on the waterfront is a dream of a number of local citizens.   It began in 1998, the carousel mechanism was repaired, 9 horses were carved by the North Bay Wood Carvers.   Twenty eight were carved by Chuck Kaparich of Missoula, Montana.  Once completed the horses and parts of the carousel where put up for adoption in order to raise funds to paint and furbish the carousel.    See the full story here… http://heritagetrainandcarousel.weebly.com/carousel-history.html